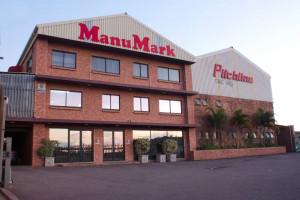 Pitchline Engineering (Pty) Ltd was established in 1984 by the Oldridge brothers and their father, in Pinetown, KwaZulu Natal with a loan from the S.B.D.C. (Small Business Development Corporation now styled Business Partners)
The operation was intended to bring the concept of CNC (Computer Numerically Controlled) machining and production to the Natal market, with an emphasis on small to medium production runs: a concept foreign to the local engineering industry at that time.
During the period 1984 to 1989, the company rapidly expanded its sphere of manufacture to include the textile, medical and agricultural and motor industries. The company also specialised in gear cutting.
In 1989, the company obtained a loan from the I.D.C. (Industrial Development Corporation) for the purchase and extension of its own factory and for the manufacture of its own Gang-Tool Type CNC lathes. These six machines were very successfully used for small component production runs.
In 1990, ManuMark (Pty) Ltd was established. Manumark became the marketing company for our airbrake repair kits, manufactured by Pitchline and marketed under the brand name “ManuMark”.  This range consists of nearly 600 Air Brake Repair kits. 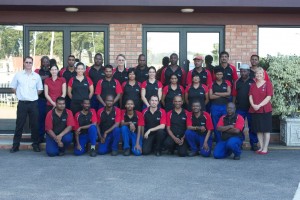 Pitchline developed an Automatic Barfeeder range, which we have been offering commercially for nearly 20 years, and which are successfully utilised within our own organisation.
In 2004, the company embarked on a major expansion of its factory and the manufacture of a new generation of CNC lathes, taking the concept of low cost manufacturing to a new level. Of the 10 machines produced, two have a combination turning and milling dual functionality.
We have an association with Bell Equipment Company that spans 25 years and from whom our company has received many awards including “Supplier of the Year 2004:  Machined Components Category”.
Both Pitchline and ManuMark are DQS ISO 9001:2008 certified.
Pitchline Engineering (Pty) Ltd & Manumark (Pty) Ltd are BBBEE accredited and registered with the Department of Labour in terms of the Employment Equity Act and has a staff compliment of 30 people.